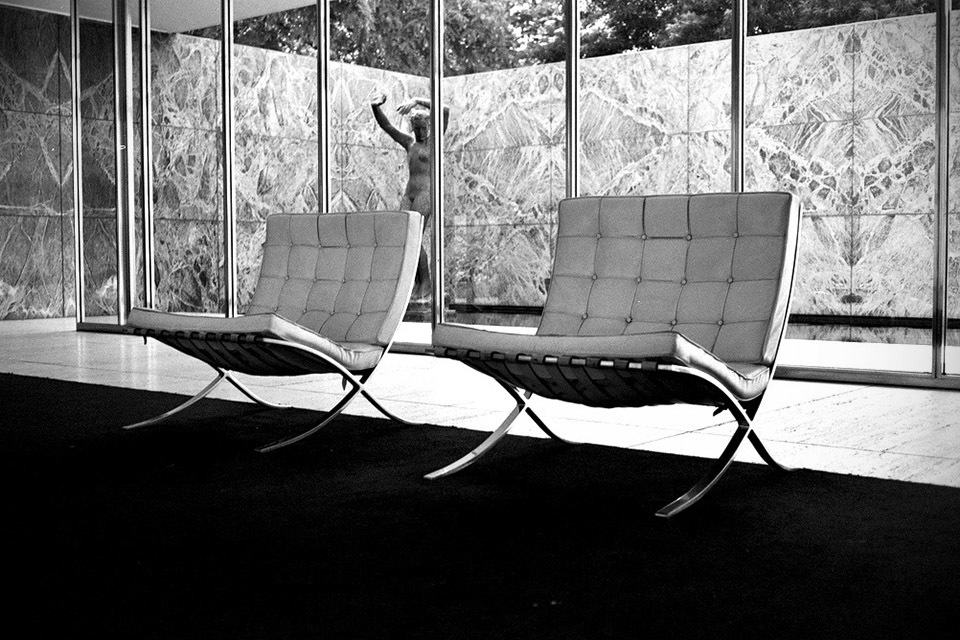 When you’re buying a chair, you’re not buying the same chairs your forbearers bought, and you’re not even doing it in the same fashion. As history changes, so does the furniture. But why should you care about that? Well, you’re not supposed to anyway, but understanding the history of furniture is always a good entry point for buying better furniture, and being smarter about your living space.

Our Barcelona Collection, here at Barcelona Designs, is inspired by the relevance of the manufacturing practices of the modernist era and our passion for getting people interested on the furniture, instead of just buying it because it looks pretty. If that doesn’t convince you to keep reading (even though you’re already here), then just imagine yourself describing these pieces of beautiful furniture (owned by you) to friends and family, and leaving them completely in awe with your recently acquired knowledge about that new Barcelona chair and table replica combo you got last year.

Culture influences furniture (but sometimes, it is the other way around)

The Ancient Civilizations of our world did not have the same needs or expectations as the modern civilizations of our world. Alternatively, our contemporary globalized society does not have the same needs and expectations as those modern civilizations from previous centuries. What has changed? And more importantly, how does it relate to the furniture we buy? Think about how Japanese people still use futons and smaller types of furniture: that’s just a part of their culture and they feel more comfortable with that. What do you think is most comfortable for you?

Chinese people, for example, seem to prefer lacquered finishes and favor bright colors like red and yellow, while Japanese people choose to deviate from these tones and usually prefer white, grays, and more neutral kinds of color in furniture. A traditional Japanese bedroom setting, however, will indeed favor much darker color tones like walnut woods, and it will also favor lacquered wood pieces, which are a very important part of their tradition in craftsmanship. There is also a big distinction between traditional culture and modern culture, which is more global.

The design of the Barcelona Collection and its influence

Sometimes furniture developments tend to influence the particular culture of a given society: as new items and styles flourish, people become interested by them and they start to apply them in their particular ways to create new styles. Technological advancements such as computers and flat screen TVs created much of our contemporary living room furniture, giving birth to items like entertainment centers, which have become a staple of many houses throughout America and the world.

These technologies also change the ways in which we go about our day, which is why sectional sofas with sleek modern finishes, comfortable lounge chairs like the La-Z-Boy, and other furniture pieces also started to become common items for households. Interestingly enough, entertainment centers are now beginning to disappear, for example, as younger generations watch less TV and become more involved with streaming services, gaming, and other leisure activities that now require a different kind of furniture. Interior design is constantly defined by the times.

In the case of the Barcelona Collection, what predated it was a huge number of extremely over decorated items and exaggerated aesthetic. In fact, people expected the Barcelona Pavilion to be filled with similar things, and Ludwig Mies van der Rohe surprised everyone when he created a simple, minimalistic pavilion filled with (apparently) simple lounge chairs covered in white leather and supported by and x-shaped stainless steel frames.

This was revolutionary because Mies was a visionary that understood that the Barcelona chair did not need to be exaggerated in its luxuriousness in order to be considered a luxury. The world was changing, and what it needed at the time was a more conceptual approach, where the quality of the materials and the concept were more approachable, even if kings were meant to sit on it.

Since every culture has come up with their own distinctive ways of making furniture, choosing a particular style from a particular culture is currently more of an aesthetic choice now than a functional choice. However, if you examine the Barcelona Collection you’ll find that certain styles from every continent permeate the final product: the minimalistic aspect could be said to come from Asian sensibilities, while the concept of the Barcelona chair itself, as we’ve said before, came from the Roman curules that ancient emperors used (a European concept). Nowadays, we can all access and enjoy these styles, and doing so will always be favorable.

At Barcelona Designs, we wish we could be a little more global with our furniture, but we cherish the cultures that have given us the furniture items we’re currently selling. Scandinavian culture plays a huge role in the mid-century modern catalog, as well as Germany’s European modernist tradition. Some of the best-sellers do draw heavily from Asian influences (though only in the conceptual part and not the execution)) as do certain items on the wide roster of icons from the mid-century modern era. We’re always trying to update ourselves in order to be flexible and offer you a lot of options for your particular space. You should be thankful that we’re all living in this day and age. What a wonder!