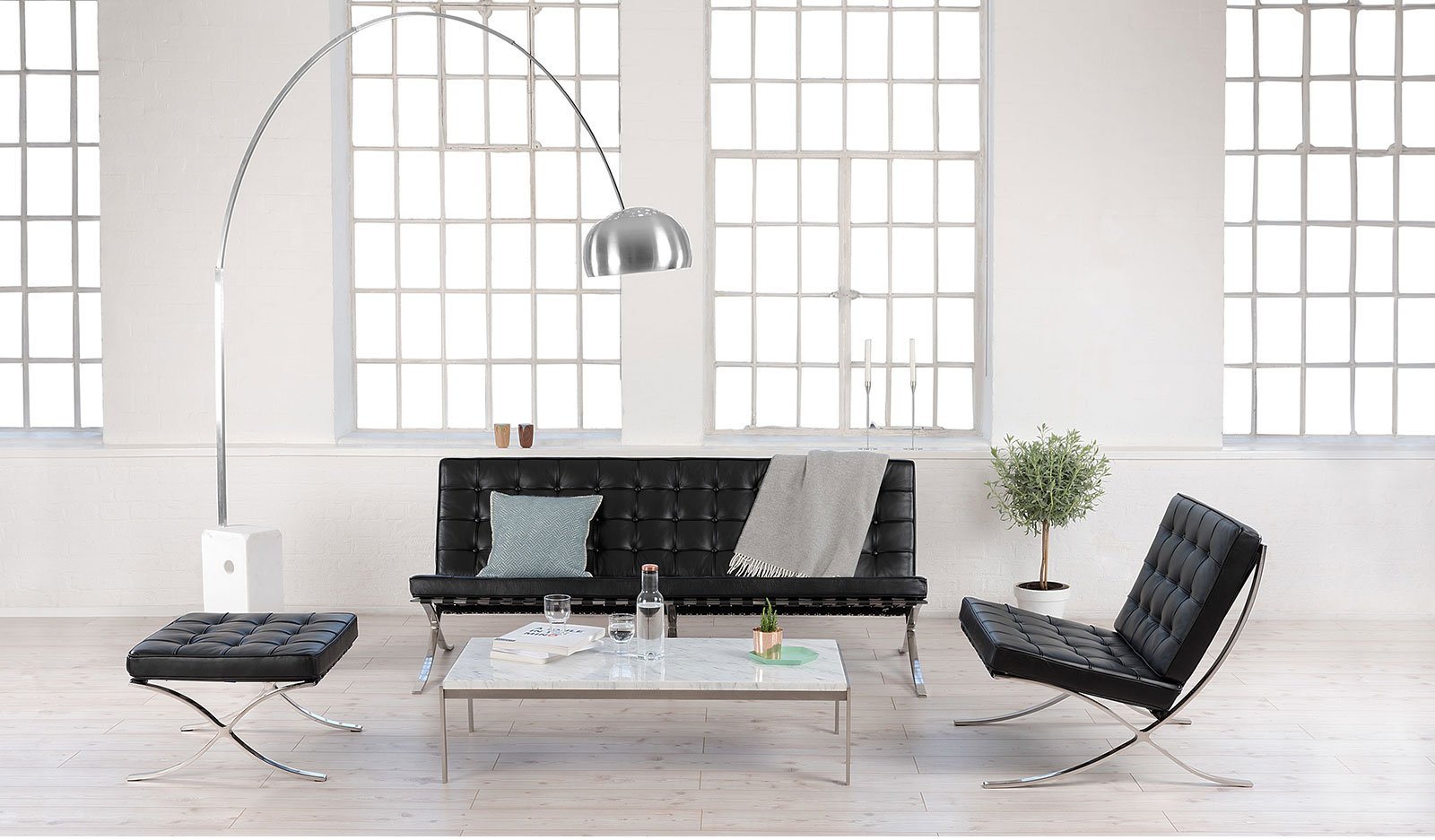 Integrating a style into your living space is more than just buying furniture. It is about choosing the furniture that best suits your needs and your idea of the world. Style is very personal, but every style has its own benefits and challenges. It’s all about finding what you love and making it a part of your daily life so that it can help you grow.

The Barcelona Collection can help you turn your house into a mid-century modern abode by providing it with the same timelessness that makes the collection successful, even today. The Barcelona chair replica, besides being one of the most easily recognizable icons of the mid-century modern era, is a very comfortable item that works great in living rooms, big bedrooms, and studios of any kind.

Mid-century modern furniture can be either something that appeals to your particular style or a way of life all on its own. It has to do with efficiency and class but it also has a very powerful aesthetic component. The best way to make it work on your living space is to understand how it’s supposed to work on the first place.

After World War 2, there was a need to rebuild society from the ground up, both in the United States and Europe. Economy became a huge priority and American architectures and designers started to experiment with new materials and affordable ways of building houses.

European influences, mostly notably the work that was done at the Bauhaus, started taking a central spot in this new wave of design. At the same time, migrating European architects and artists consolidated a new style that was meant to be affordable, comfortable, and easy to build.

Following this trend, a large group of artists and designers started experimenting in every field and produced a body of work that later became known as mid-century modernist style. It was founded on the use of new materials, techniques, and parameters with the intention of running swiftly towards the future.

What are the features of the mid-century modern style?

Between furniture and decoration, the features of a mid-century modern home are minimalistic but not simplistic. Everything is slick and not very ornamental. This means flat surfaces, defined geometric shapes, and no exaggerated ornaments, lots of different materials, and contrast between elements.

A mid-century modern home will have centerpieces that make up an entire room, with the other furniture building a space around them. People who are interested in mid-century modern style should avoid implementing a lot of color patterns and define a range.

These centerpieces can be individual pieces of furniture or a set of carefully selected chairs, tables, and sideboards. The work of the Eames couple, Eero Saarinen, Harry Bertoia, and many others is perfect for enthusiasts to get a glimpse of what their house could be.

Is the Barcelona Collection mid-century modern?

To learn more about these items be sure to check our other articles on the Barcelona Collection. There you’ll find all the information you need about buying and styling your house with these flexible, gorgeous, and elegant pieces.