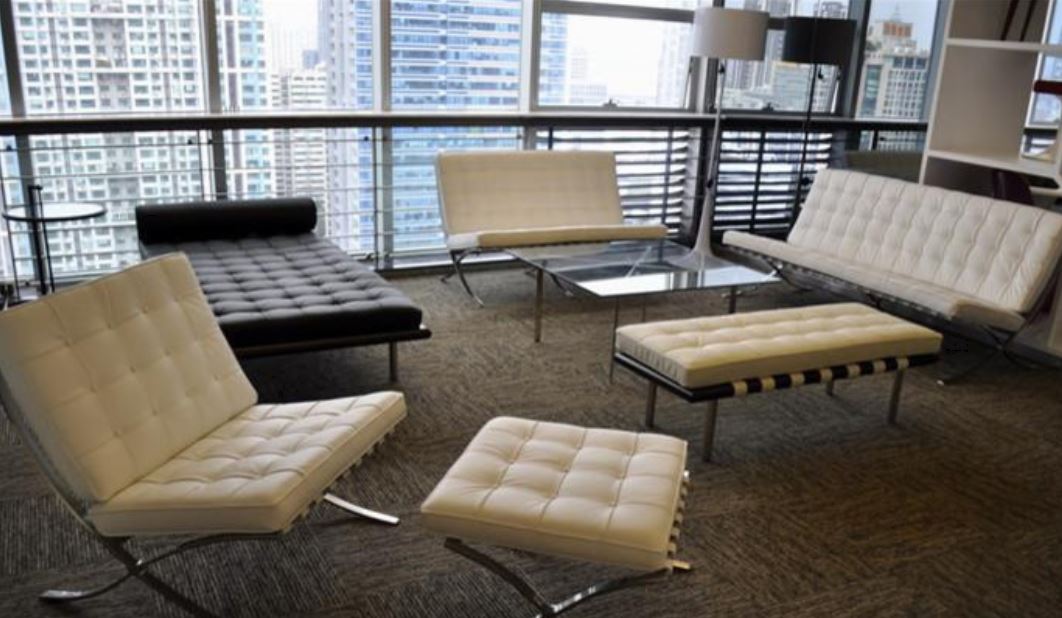 Decorating Your Space With The Barcelona Bench Replica

The Barcelona Bench replica follows the manufacturing specifications of the original down to the last detail: the result is a huge leather cushion, sustained firmly by a steel frame and leather straps, probably on a mansion of some kind, or a waiting lounge somewhere in the 20th floor of a skyscraper.

What’s our point here? No, it’s not that the Barcelona bench is only for rich people (though some might argue just that), but that we already have a preconceived notion (usually in black leather) of what a Barcelona bench is and where it can be, but the item is much more elegant and flexible that most people realize.

The Barcelona Bench replica comes in two configurations, you can get the two or three seater, and you can do a lot more with it than you would initially assume. Both work very well in office spaces and waiting areas, even if they don’t have backs, as the cushions are firm but suited for long seating times.

The Barcelona bench is good for lots of different usages and interior design styles. The Barcelona daybed, for example, might not be suited for office spaces (unlike the chair), but it might a better addition to a large living room than the chair itself.

The bench is also a very good companion to the Barcelona sofa replica (that is, the same design in a 3-seat configuration). If you can get your hands on one of these (a quality one) then you’re in for a treat. And don’t forget the accompanying Barcelona ottoman replica, have you considered owning one of those?

Some tips and tricks for successful redesigning

Including the Barcelona bench in your personal space doesn’t have to be a hassle. The original design is actually smaller than most people know, so it fits everywhere. If you want to get a Barcelona daybed replica instead, be sure you’re always placing it somewhere near the walls, to avoid it taking too much of your space.

Also think about how the colors would work. Did you know one of the original Barcelona chairs introduced by Mies van der Rohe was all-white? Think about that, play with different styles, black leather shouldn’t always be the go-to choice.

Finally, remember to place your Barcelona furniture somewhere you can relax but not quite fall asleep. Some people believe Barcelona chairs are more suited for active folks because you can’t really get a complete rest on them, you wouldn’t fall asleep on one, they’re too upright. That’s all up to you, but when you do something for a good reason, you’re most likely going to get it right. The Barcelona bench replica works great on the bedroom (in front of a bed), living room (extra seating), and even on the outdoors! (provided you shield it from direct sunlight).