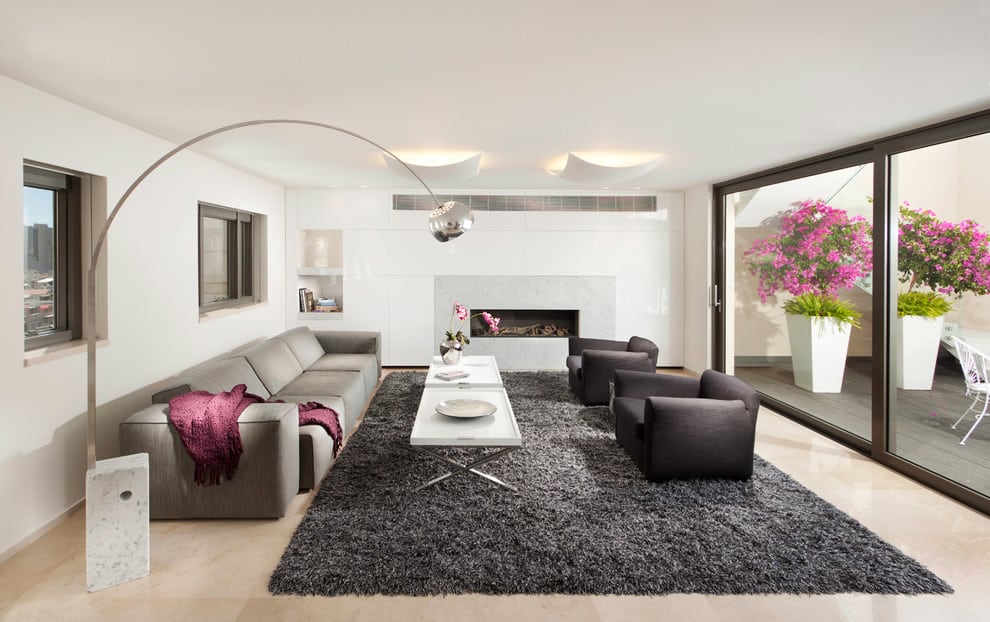 Arco Lamp: The perfect mix between floor and ceiling lamp

Despite its stunning measurements, the famous Arco Lamp captivates the viewer with elegant minimalism. A true cult icon by Achille Castiglioni, this floor lamp stands for sublime understatement and accentuating zone lighting.

In 1962, the Arco floor lamp entered the market, and by 1972 it had just gotten access to the Museum of Modern Art in New York – from that point onward, this prestigious luminaire has been a lasting piece of the stock. The incredibly ornamental floor lamp grabs the eye in three different ways: at the outset, by its substantial, globally known marble base from the town of Tuscany, which gives stability to the Arco lamp giving it an angling elegance and magnificence.

At second, the Barcelona Designs Arco floor lamp is portrayed by its long rod made of hardened steel that curves through the air to give the correct lighting to a specific point in the room. Last, yet not least, the hemispherical head of this lamp definitely draws in the consideration of every person who comes across the lamp, as it is made of aluminum and legitimately lights up the surface beneath through an included eco-incandescent light in a smooth yet amazing way.

The principle idea of the Arco lamp is its adaptability and common sense, in reality it originates from having a light point “suspended” over a particular spot that can be a table or a work area or a book, without being attached to a suspension lighting framework, and subsequently without being molded by a fixed point.

The structure on the lamp

The Arco lamp, on account of its structure that enables you to exploit the space beneath it, arrives right with the light point on the ideal spot, much the same as a crystal fixture, however, unlike the last, it can be shipped;  in reality, the Arco lamp has a circular segment through the opening made in the marble base, which lets the use, by just putting on a stick, for example, the handle of a sweeper, to effortlessly move the lamp to somewhere else; it was in this manner that it was planned more for business foundations, for example, cafés, as opposed to as a local or office outfitting component.

“We thought of a lamp that projected the light on the table: there were some already, but we had to turn around them. In order to leave space around the table, the base had to be at least two meters away. This is how the idea of the arch was born: we wanted to do it with products that were already on the market, and we found that the bent steel section went very well.

Then there was the problem of the counterweight: it needed a heavy mass that supported everything. We thought of the cement first, but then we chose the marble because, at the same weight, it allowed a smaller size and therefore in relation to a greater finish a lower cost. “