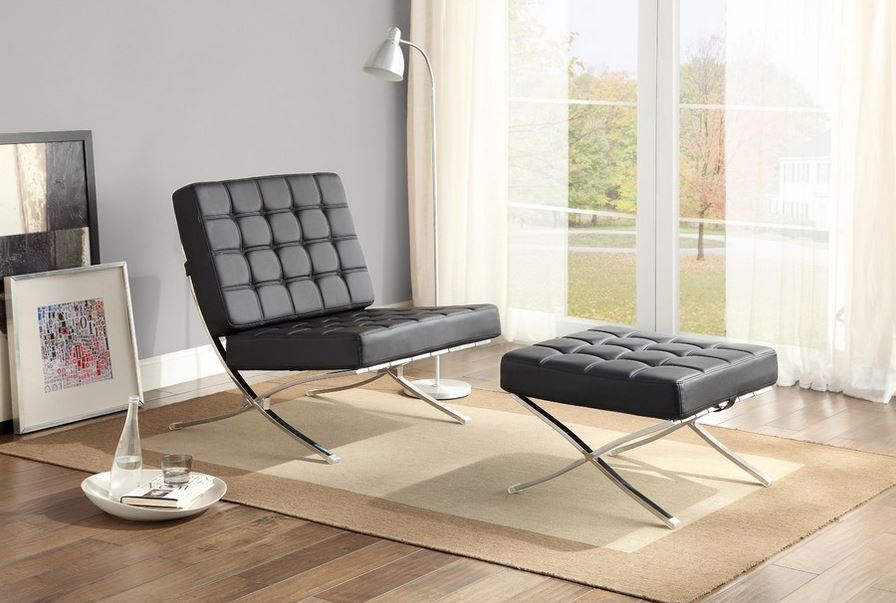 5 Things You Might Not Know About The Barcelona Ottoman Replica

Beloved by every mid-century modern enthusiast in the world, we’ve written a lot about what this ottoman means to us and what it means to interior design and modernism as a whole. Barcelona Designs is very proud of their Barcelona Ottoman Replica, so we have ranked the best facts about this iconic piece of furniture.

1. It was a collaborative effort

The Barcelona Ottoman is also the brainchild of Mies van der Rohe and influential interior designer and architect Lilly Reich. In fact, most of Mies’ designs during the 1930s were made in conjunction with Reich, as equals. If history was a little bit fairer, they would be known by Bauhaus fans as a couple (like the Eameses) rather than Mies and his “assistant.”

2. There’s only one original design

Most original designs of mid-century furniture can only be purchased at certain sellers, and everything else is considered a replica by the regular standards. However, many bad replica manufacturers change the design of the Barcelona Ottoman replica in order to make it more appealing. Rounded edges, weirdly-shaped frames, overstuffing, etcetera. You can find a lot of ottomans on the market that bear the name Barcelona, but there is only one design that deserves to be called that way. Our Barcelona Ottoman replica follows this design down to the last detail.

3. It is an office staple

Though many consider the Barcelona Ottoman replica to be an item for luxury homes, in part thanks to recent marketing efforts and sales statistics, the table has been pretty popular in professional spaces since its inception. Many people argue it truly belongs in public spaces, and that it is a waste to leave it alone on a small living room, or just as a companion to the Barcelona chair replica.

4. It is actually not “Bauhaus” style

Even though Mies van der Rohe and Lilly Reich were Bauhaus contributors, the Barcelona Ottoman (and the collection that it belongs to) deviates a little from the vision behind the collective. Let me explain: Bauhaus was about innovation and function, which would ultimately lead to mass production, but the Barcelona collection was royal, expensive, and luxurious from the moment of conception. The use of squared, handmade individual pieces of leather in this particular item spoke to a different kind of Bauhaus style.

5. It is one of the mid-century items that appears most in media

We’ve counted more than a hundred appearances of the Barcelona ottoman, and that’s just scratching the surface. It doesn’t receive a lot of spotlight in movies and TV, but it is featured a lot more than other items in the collection. The benches and Barcelona daybeds also appear alongside the Barcelona chair replica (the most recognizable design) about 90% of the time.